About
Who we are
Blog
CoinsSupport
Sign inGet started

The purpose of this policy document is to provide details on how Coinsquare Capital Markets Ltd. (“CCML”) will manage the occurrence of a “fork” in a digital asset or “airdrop” of a digital asset. CCML’s ultimate goal is to ensure the safety and security of digital assets traded on its platform.

A set of rules that explicitly and/or implicitly detail what is required, banned, and/or allowed/ignored.

A blockchain Protocol that deviates from the Existing Protocol.

The Fork only requires and/or bans something(s) the Existing Protocol allows or ignores. More simply, it makes some rules more strict, or put another way, is a tightening of some rules.

The community has agreed to, or received notice of a scheduled Fork.

A Fork occurs unbeknownst to the majority of the community, either due to:

The splitting of a blockchain into two or more canonical entities (sharing an ancestry) due to the proliferation of different Protocols when:

The event that two or more of the resulting chains in a Chain Split exist for an extended or indefinite period of time. Chain Splits occur often during Forks. However, Block Producer, community, and economic conditions may change and may only allow one chain to survive.

The duplicate coins or tokens that exist on all of the Forks. For example, during a Chain Split, one’s 100 coins on a chain running the Existing Protocol also exist as 100 coins on the Fork chain.

During a Sustained Chain Split and given some Replay Protection, one can move and transfer both of those sets of 100 coins independently (assuming one has the private key to the accounts from where those coins are spendable). These coins, however, are not fungible, and thus are not expected to share the same value, symbol, or marketplace.

A mechanism that ensures that a signed transaction is only valid on one of the forked chains during a Sustained Chain Split. More simply, and within the context of cryptocurrencies or digital assets, the absolute certainty that some specific transaction request will move Split Coins on one chain, but not on another.

The free distribution of small amounts of a certain virtual currency (coins or tokens) to members of a community, either for free or for performing small tasks. Airdrops are normally in denominations of a new digital currency, which may or may not have their own blockchain.

We understand that PlannedForks, Unplanned Forks, and Airdrops may result in new or additional coins or tokens for clients. In the event of a PlannedFork, Unplanned Fork, or Airdrop, CCML will submit the details of the action to its Fork Review Committee (the “FRC”) which will determine whether CCML will support the Fork.  This committee is composed of senior officers of CCML from both business and information technology divisions of the firm.  There are five considerations that the FRC will take into account:

A Blockchain’s stability is determined by assessing the:

The significance of the value of each Fork. This review is based on a global view of value and if not deemed to be significant may result in the Fork not being supported.

The existence of sufficient liquidity to support the Fork on reputable marketplaces for a sustained period of time.

The upfront costs of developing and setting up the infrastructure, if any, for the Fork. These costs can be driven by the complexity of the new Protocol and/or similarity to any Existing Protocols.

Continuous overhead costs for supporting the Forks. Cost can be driven by the system requirements for running and maintaining blockchain nodes.  The FRC will review the related costs and make a determination as to whether to proceed and the value to its client base.

CCML will do its best to facilitate Forks and/or Airdrops; however, given the uncertainty and volatility closely before, during, and closely after a Fork or Airdrop, clients should be expected to make arrangements considering that CCML cannot guarantee the timing of the event, the likelihood of supporting the event, the time needed to support the event, nor the resulting value of the coins or tokens.

CCML, at its sole and absolute discretion, may or may not decide to make a Fork or Airdrop available to its clients. If the FRC declines a Fork or Airdrop event, this decision may be reassessed, based on the aforementioned factors, in the future, and if satisfied with the information, CCML may proceed with supporting the event.

CCML will use reasonable commercial efforts to support Fork and Airdrop events, where it meets the considerations set out above, but at all times will endeavour to ensure the security of its clients’ existing digital assets. As such, CCML may or may not decide to make certain digital assets available to its clients.  Furthermore, it may take a significant amount of time to implement or provide access to a digital asset that has been created or gifted as a result of a Fork or Airdrop, respectively.  CCML is not responsible for any direct, indirect, incidental, special, or consequential losses or damages outside the control of CCML due to the inability to access any digital asset created as a result of a Fork or Airdrop.

CCML will provide reasonable notice, where possible, regarding any Fork or Airdrop action to its clients and participants on its marketplace based on when it receives such notice. This will be posted to the CCML website.

CCML reserves the right to update this policy and criteria for determining the viability and support of a Fork or Airdrop event based on new technological, legal, or market conditions that may emerge. 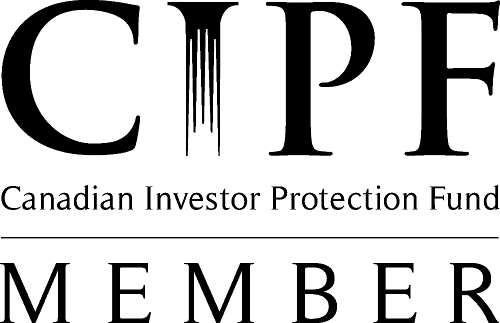